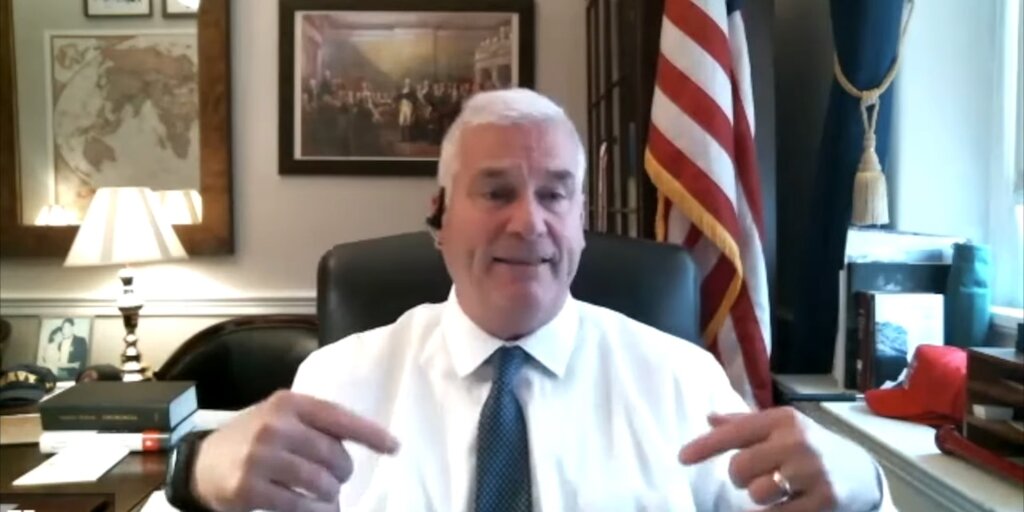 The decentralized nature of Bitcoin is what makes it stand out compared to traditional, tightly controlled fiat currencies, US Congressman Tom Emmer said yesterday, during the “Pomp Podcast” hosted by Morgan Creek Digital co-founder Anthony Pompliano.

Emmer pointed out that Bitcoin was conceived by Satoshi Nakamoto around the same time the 2008 financial crisis struck the world—not unlike today’s economic woes spurred by the coronavirus pandemic. And like in the past, people are looking for new stores of value amid the US government’s unprecedented relief measures that could ultimately devalue the US dollar.

“As we come out of the crisis, Bitcoin ain’t going away. It’s gonna get stronger. And now [Acting Comptroller of the Currency] Brian Brooks is saying ‘Hey, institutions, you can start banking this stuff. You can provide a home for it, you can start working with it’,” said Emmer.

He was referring to Brooks’ recent statement that banks in the US are allowed to custody cryptocurrencies—a move widely supported by the crypto industry.

As Decrypt reported, the Congressman also defended Bitcoin in the wake of the recent Twitter hack, stating that “Bitcoin isn’t the problem. Centralized control is.”

During the podcast, Emmer confirmed his stance.

“Look, Twitter’s the problem. They are the ones that screwed up. Bitcoin didn’t screw up. Twitter, your security was not adequate. They hacked Twitter, and you’re gonna have bad guys all over the place,” said Emmer.

US Congressman defends Bitcoin in wake of Twitter hack

He also explained that this is why he doesn’t like centralized control. As an example, Emmer recalled when the coronavirus started spreading in Chinese Wuhan and the local government just “shut everybody down” since it was in control of fiat currencies.

“The government has your currency all on a card. And guess what? If you lived in Wuhan, they shut you down, man. You couldn’t get a ride out of Wuhan to another city. You couldn’t go get some groceries unless the government released you to go get the groceries. So, need I say more about what I don’t like about centralized control?” asked Emmer.

Emmer added that when Facebook’s Libra cryptocurrency was first proposed, he thought “Oh, great concept, wonderful. But somebody’s gotta be in control, right?”

Citing “The Road to Serfdom,” a book written by an Austrian-British economist and philosopher Friedrich Hayek, Emmer pointed out that in a centralized system there always has to be someone—or some group—that decides the allocation of money. And that is never a good thing.

“Now that works out pretty good if you’re the one that’s in that group or is that guy. But after a while, if you’re not in the group, if you’re not the one making the decisions on the allocation, this thing only ends one way. And it has never been good, no matter where it’s been tried,” said Emmer.

“I don’t wanna see the government screw up, and that’s the crypto area,” he added, pointing out that Bitcoin’s decentralization is what could make it the “next phase” of contemporary monetary systems.

“I think we’re just moving into that next phase, which is why crypto, the area, excites me. Because do I think that the government has a role? Yeah, I’m not gonna say ‘no.’ I don’t think it has a big role. I think people can police themselves,” Emmer noted, adding, “I don’t like the fact that my colleagues think everybody is so dumb they’re all gonna get fleeced all the time. You know, the greatest game is through the greatest risk.”

Previous Getting married? This UAE survey will help you with the costs amid COVID-19
Next Man in Dubai forges documents, cheats Saudi businessman of Dh1.4 million